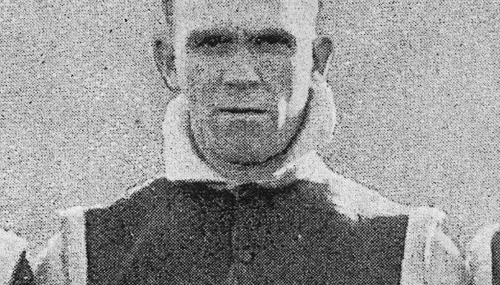 One of the most successful coaches in the first 50 years of Tasmanian football, Leo McAuley led Launceston during the greatest era in the club’s history.

Joining Launceston from South Launceston in 1924, McAuley enjoyed a highly successful playing career with the Blues, playing in three NTFA flags between 1924 and 1929. Halfway through 1933 he succeeded Ken Roberts as coach and led the Blues to the NTFA-state premiership double that season. McAuley remained as coach for the following three years,  guiding Launceston through an era of unprecedented dominance and cementing his legacy at the club. Launceston won four consecutive NTFA flags between 1933 and 1936 and secured a hat trick of state premierships between 1933 and 1935, before losing the 1936 state final to North Hobart. McAuley retired as both player and coach at the end of 1936 after a then club record of 203 games, the first player in the history of the club to record 200 senior appearances.

McAuley’s contributions to the Launceston Football Club have been much celebrated since his legendary tenure. He was awarded life membership of the club in 1934 and NTFA life membership three years later, while more recently his incredible coaching record led to his appointment as captain-coach of the Launceston ‘Team of the Century’, where he was also named in a back pocket.